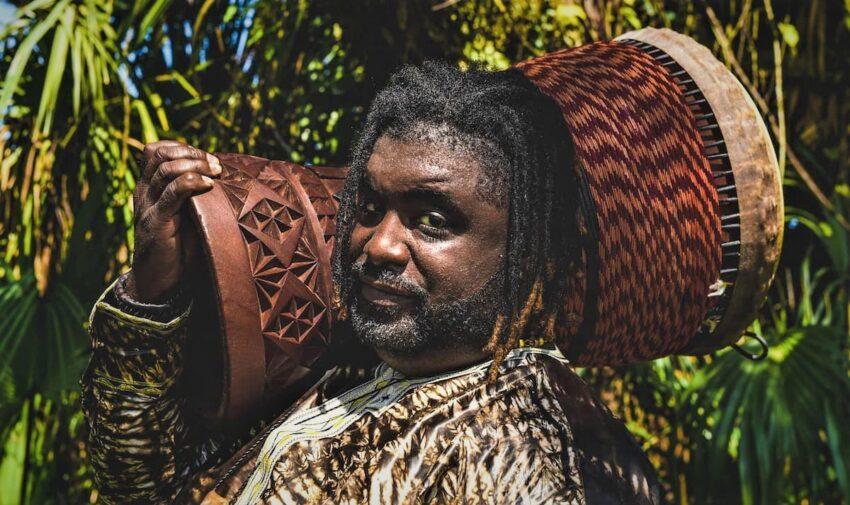 Weedie Braimah is an African-American, percussionist, and producer. Born in Ghana, raised in East St. Louis, and has significant roots in New Orleans. He is a Grammy-nominated djembe fola/percussionist for his album The Hands of Time.

He was introduced to drumming and West African culture. When he was two years old and began performing at the age of two. Braimah maintained his lifelong search and professional career in the study of African folklore and African diaspora ethnic music. Weedie is a creative performer of the highest caliber. Equipped with an instinctive capacity to attract entire audiences to his djembe rhythm. Using his incredible speed and agility, astonishing skills, and breadth of knowledge. He guides listeners on a rhythmic voyage through Africa and the Diaspora. According to the OFFBEAT magazine, his ability to adapt to a variety of styles has made him a unique and in-demand talent.

Legends like Famadou Konate, Mamady Keita, Sylvester Sun Shine Lee, and Abdoul Doumbia, among others, influenced Braimah’s djembe skill. In his teenage years, he excelled musically and became one of the major exponents of the West African diasporic drum and dance world. Weedie has been a performer, teacher, as well as a keeper of African culture. For over 25 years and continues to develop new musical paths.

He is the founder of the Hands of Time band, His style of music fuses instruments like the bass guitar, Ngoni, kora, balafon, djembe, dunun, and Tama. Sabar and electric guitars. He uses the Djembe drum as his trademark, and he fuses African roots with funk, hip-hop, and jazz music.

Braimah comes from a long line of drummers and composers, His father, Oscar Sulley Braimah, was a renowned drummer and composer whose Uhuru Dance Band released extraordinary albums that crossed the gap between jazz and traditional African music. Braimah’s mother, Ann Morris, was a renowned jazz drummer, and his great-uncle Idris Muhammad collaborated with everyone from Grant Green and Horace Silver to Pharoah Sanders and Roberta Flack, as well as directing his own bands.

The Hands of Time Album

Weedie’s band, The Hands of Time—which the album is titled after, in the same way that Babatunde Olatunji’s record Drums of Passion was named after his band—brings to the musical table a diversity of backgrounds and influences as diverse as Braimah’s own.

Braimah’s 1st Album The Hands Of Time brings the interconnection of African diasporic music into actuality. Compositions like “Weedifoli,” “Express Train to Bamako,” and “Sackodougou,” features artist like Munir Zakee, Terrace Martin, and Alain Perez among others. The album is skillfully a mix of jazz, hip-hop, and funk, fused with the melody of the djembe. Bringing the essence of West Africa a touch to modern forms of timeless rhythm.

Apart from the current members of The Hands of Time, the album features a number of other world-class artists. Tracks were produced in Mali, Ghana, Paris, Cuba, Los Angeles, and of course New Orleans.

Weedie Braimah and The hands of time Tour Dates

Here is the confirmed line-up for Braimah’s tour.