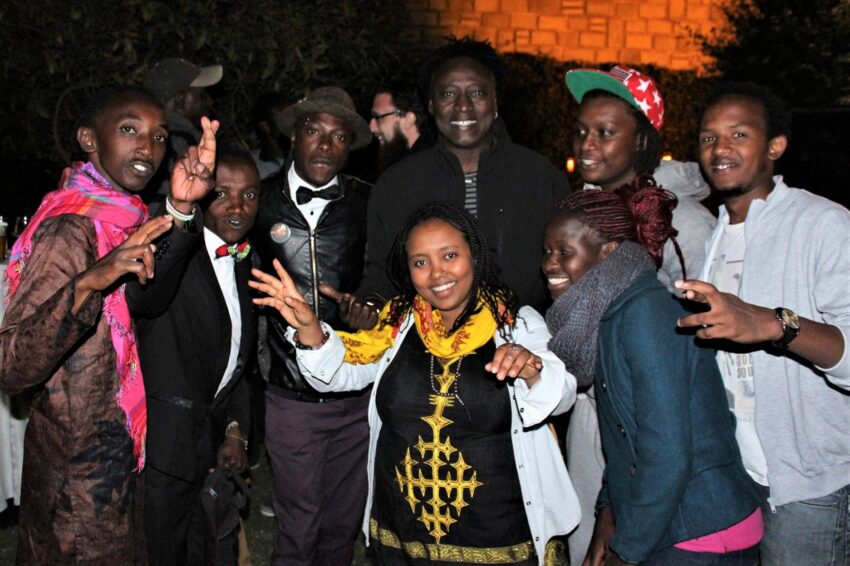 Habib Koité is a Malian musician, singer, songwriter, and griot located in Mali. His band, Bamada, was a West African supergroup that featured balafonist Kélétigui Diabaté. Koité, one of Africa’s most well-known musicians, Koité is a modern troubadour with universal appeal.

Due to his talent, charisma, and wisdom. Rolling Stone ranked him as the biggest pop star. He is from the musically prolific West African nation of Mali. In a collaboration unlike any other in today’s industry.

He has a unique guitar playing technique as well as tuning it to the pentatonic scale. Koité performs with a guitar on an open string, the same as Kamale ng’oni.

Habib is a descend of a famous family of Khassonké griots, ancient troubadours. They entertained with humor, knowledge, and music at social gatherings and special celebrations. Habib was born into a family of seventeen brothers and sisters. He developed his distinct guitar style while accompanying his griot mother. He received his love of music from his paternal grandfather, who played the kamele n’goni, a traditional four-stringed instrument associated with hunters in Mali’s Wassolou region.

Habib first met his current manager, Belgian Michel De Bock, director of the management and production firm Contre-Jour, in 1994. They collaborated on his first album, Muso Ko. The album debuted at number two on the European World Music Charts. From then on, Habib became a regular on the European festival circuit, spreading his captivating music and high-energy shows all over the world. Habib has performed at nearly every major venue and festival in Europe.

Ma Ya, Habib’s second album, was released to tremendous acclaim in Europe in 1998. Ma Ya received a phenomenal critical and commercial reception. Habib Koité and Bamada were among the few African performers to appear on Late Night with David Letterman, one of America’s most popular television variety shows, in 2001.

Koité was born on 27, January 1958, in Thiès, Senegal. Habib was born into a musical family of seventeen brothers and sisters. He is 64 years old as of 2022.

Foro Bana, a song from Koité’s 1998 album Ma Ya, has been lauded for its inventive guitar playing and catchy melodies.” I ka barra” and “Din din wo,” both from Koite’s 1995 album Muso ko, were utilized in the Windows Vist a sample music pack in 2007.

Here is the link to Habib on Tour.

In 1988, Habib founded his own band, Bamada (a Bamako nickname that basically translates as “in the maw of the crocodile”), with young Malian musicians he had known since childhood. Habib won first place at the Voxpole Festival in Perpignan, France, in 1991, earning enough money to fund the production of two songs. The song, “Cigarette A Bana” (The Cigarette is Finished), was a hit in West Africa. Habib earned an award with the coveted Radio France International (RFI) Discoveries prize following the publication of another successful track, “Nanalé (The Swallow).” This award enabled the group to embark on their first tour outside of Africa during the summer of 1994. Habib Koité and Bamada were among the few African performers to appear on Late Night with David Letterman, one of America’s most popular television variety shows.