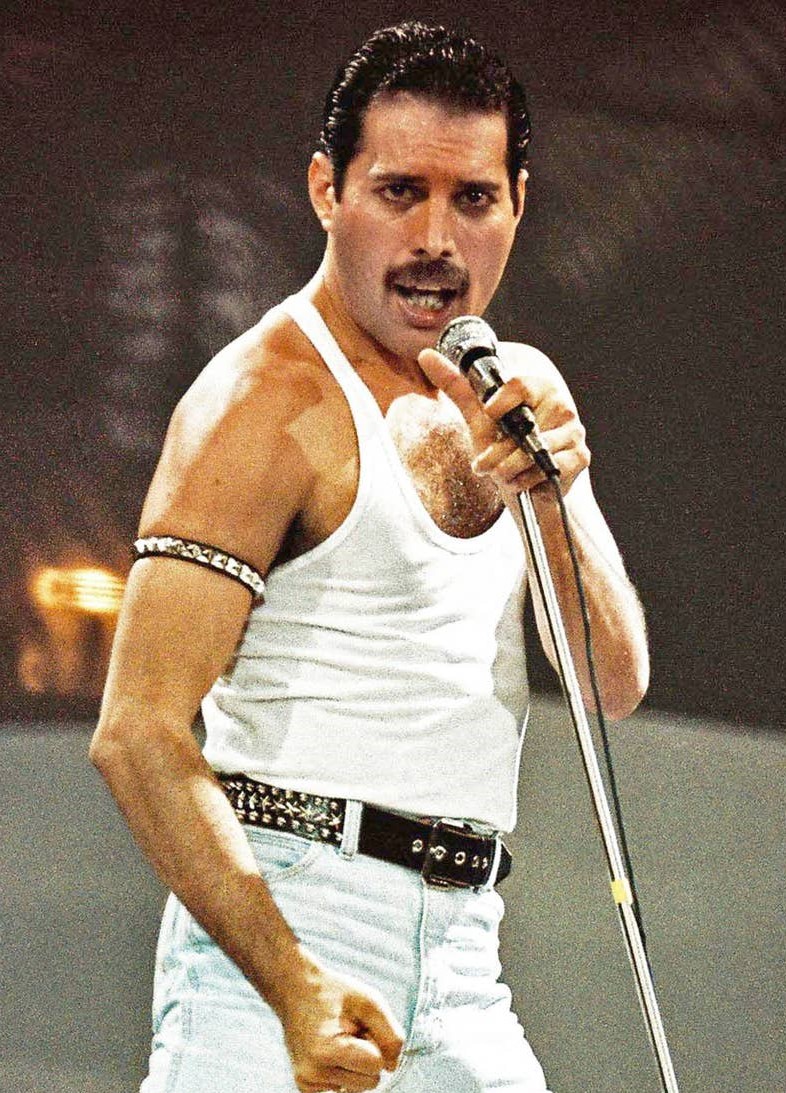 Freddie Mercury was a British singer and songwriter. Notable as the lead singer of the rock group Queen. Notable for his flamboyant stage presence and four-octave vocal range. He was regarded as one of the greatest singers in the history of rock music. With his theatrical approach, Mercury defied the expectations of a rock frontman and influenced Queen’s artistic direction.

The Rock and Roll Hall of Fame, the Songwriters Hall of Fame, and the UK Music Hall of Fame. All posthumously inducted Mercury as a member of Queen in 2001, 2003, and 2004, respectively. The Brit Award for Outstanding Contribution to British Music was given to him and the other members of Queen in 1990. Mercury received it on his own one year after his passing. Awarded by the British Academy of Songwriters, Composers, and Authors in 2005, the Ivor Novello Award for Outstanding Song Collection went to Queen. In the BBC’s poll of the 100 Greatest Britons in 2002, Mercury was ranked 58th.

Mercury, who was born in 1946 in Zanzibar to Parsi-Indian parents, started attending English-style boarding schools in India when he was eight years old. After finishing high school, Mercury moved back to Zanzibar. His family relocated to Middlesex, England, as a result of the Zanzibar Revolution in 1964. With guitarist Brian May and drummer Roger Taylor, he founded Queen in 1970 after years of studying and writing music. The songs “Killer Queen,” “Bohemian Rhapsody,” “Somebody to Love,” “We Are the Champions,” “Don’t Stop Me Now,” and “Crazy Little Thing Called Love” were all written by Mercury for Queen. As seen at the 1985 Live Aid concert, he frequently engaged the audience during his charismatic stage performances. He had a solo career as well, and he produced and played for other musicians as a guest musician.

Freddie was born to Jer Bulsara (1922–2016) and Bomi (1908–2003). His parents were from the Parsi community in western India. The Bulsaras originated in the Gujarati city of Bulsar (currently Valsad). He had a younger sister named Kashmir.

His family moved to Zanzibar so his father could continue his job as a cashier at the British Colonial Office. The Bulsaras practiced Zoroastrianism as Parsis. Mercury was born a British subject because Zanzibar was a British protectorate until 1963. On 2 June 1969 Mercury got his citizenship in Britain.

Who was with Freddie Mercury when he died?

Mercury passed away at his Kensington home on the evening of November 24, 1991, about 24 hours after making the statement. He was 45 years old. AIDS-related bronchial pneumonia was the cause of death. Dave Clark, a member of the Dave Clark Five, was by Mercury’s bedside when he passed away. On November 25, early in the morning, Austin called Mercury’s parents and sister to inform them of the situation.

Notable for his flamboyant stage presence and four-octave vocal range. Freddie is regarded as one of the greatest lead singers in the history of rock music. Mercury defied expectations for a rock frontman and Queen’s artistic direction as he influenced his highly theatrical performance style.

Uncertainty exists regarding the potential impact of Mercury’s passing on the Queen’s popularity. The year after his passing in 1992, album sales of Queen significantly increased in the United States, where their popularity had slowed down in the 1980s. What cynics refer to as the “dead star” factor entered the picture in 1992, according to one American critic: “Queen is amid a major resurgence.” 1992 saw the release of “Bohemian Rhapsody,” which was featured in the film Wayne’s World. Approximately half of Queen’s 34.5 million album sales in the US since Mercury’s passing in 1991, according to the Recording Industry Association of America, have occurred since his passing.