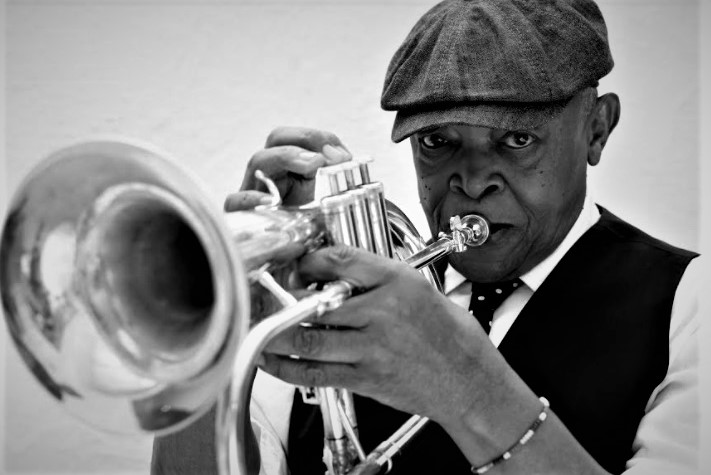 Hugh Ramapolo Masekela was born on April 4, 1939, in the South African township of KwaGuqa in Witbank (now known as Emalahleni). Parents Pauline Bowers Masekela, a social worker, and Thomas Selena Masekela, a health inspector and sculptor. Barbara Masekela, his younger sister, is a poet, an educator, moreover, an ANC activist.

Hugh started playing the trumpet at a tender age. In other words, he bought his first trumpet from Archbishop Trevor Huddleston’s music shop. Above all, Trevor introduced Masekela to the Native Municipal Brass Band, where he was taught the rudiments of playing the trumpet. Hugh was a fast learner, so he joined the Huddleston Jazz Band, South Africa’s first youth orchestra. Hugh received one of Louis Armstrong’s trumpets as a present when he learned about this band through his friend Huddleston.

Masekela joined the orchestra of the Todd Matshikiza-penned musical King Kong after the Manhattan Brothers’ 1958 tour of South Africa. Above all, the first South African big-budget theatrical hit, starring Nathan Mdledle of the Manhattan Brothers and Miriam Makeba,. It toured the nation for a full year on a sold-out schedule. Later, the musical spent two years in the West End of London.

His music was a form of protest against slavery, apartheid, the government, and most importantly, the struggles that people were facing. Due to the state of the nation, Masekela was able to reach a sizable audience who also experienced oppression.

Masekela performed songs that were incredibly similar to his own life. Masekela’s music portrays the suffering, violence, and exploitation South Africa endured in the 1950s and 1960s. as well as by the need to propagate political change.

Masekela, who was 78 years old, died from prostate cancer in the early hours of January 23 in Johannesburg.