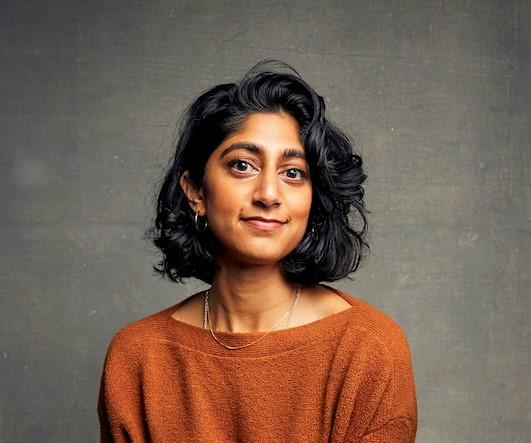 Sunita Mani is an American actress of Indian descent, a dancer, and a comedian. She also became famous for her gyrations in DJ Snake and Lil John’s viral music video “Turn Down for What.” She is notable for her role as Trenton in the USA Network television series “Mr. Robot.”

Mani began her stand-up comedy career while still in college. She is a graduate of a Bachelor of Fine Arts degree in writing, literature, and publishing at Emerson College in Boston.

Sunita joined the Upright Citizens Brigade in 2008 and received three years of improvisational comedy training. Mani had a passion for dance, which led her to join the Cocoon Central Dance Team, where she worked as a dancer and choreographer.

Mani started her acting career by appearing in an MTV web TV pilot, “Writer’s Block,” as well as commercials for Burger King and Levi’s. In 2012, she made her film debut as Jessica in the film The Unspeakable Act. She also appeared in the films such as 3rd Street Blackout, Stinking Heaven, Little Sister, and Don’t Think Twice. Mani rose to prominence after appearing in the music video for “Turn Down for What,” which was released in December 2013.

Some of her most well-known works include the role of Trenton in the television series The Robot, in which she appeared in 16 episodes. She co-starred in the series with B.D. Wong, Rami Malek, Carly Chaikin, Grace Gummer, Portia Doubleday, Martin Wallstrom, and many other actors.

Sunita grew up in Tennessee, USA. Her parents are Venk Mani, a doctor, and Usha. There isn’t much information about her parents or siblings. She is of Indian descent.

Sunita is married to her long-term boyfriend, Kenny Warren. On May 26, 2018, the couple married in a stunning Indian wedding.

The stunning actress and dancer have an athletic body that complements her 5’6″ height. Her eyes are also black, as is her hair.