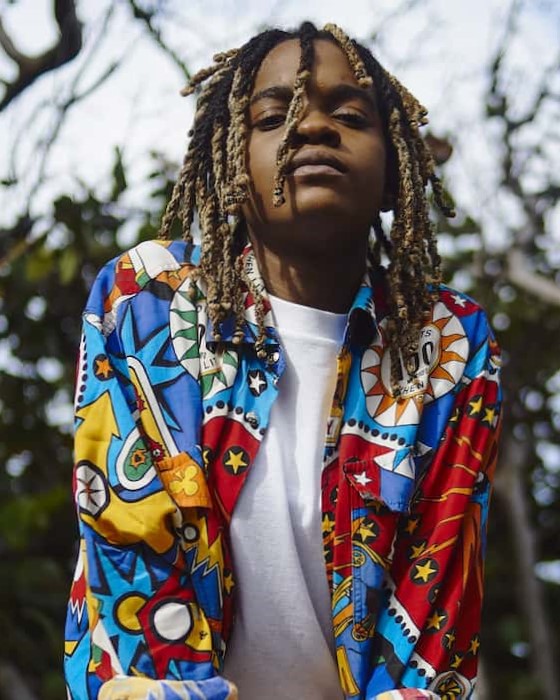 Koffee’s real name is Mikayla Victoria Simpson. She is an award-winning Jamaican reggae singer, songwriter, rapper, deejay, and guitarist from Spanish Town, Jamaica. She is the youngest musician and woman to have won the Best Reggae Album at the 62nd Annual Grammy Awards at the age of 19 years.

Koffee acquired her name stage name after ordering coffee on a scorching hot day when everyone else was drinking soda.

She started singing at tender age since her mother was an occasional actress and social worker at a health facility. Koffee’s early musical influences came from her mother’s religious background.

Koffee became popular after posting a video of herself singing on Instagram. She released her first single, “Legend,” in 2017 with just her voice and an acoustic guitar. The song, a dedication to Jamaican sprinter Usain Bolt, went viral on Instagram. After Bolt uploaded it on his own account. Koffe’s lyrics are inspired by her awareness of brutality and societal problems. She witnessed it as a child. She acknowledged Supercat and Giggs as musical influences in addition to Protoje and Chronixx.

Following that was “Burning,” her rendition of Upsetta Records’ Ouji Riddim (popularized by Jamaican singers Busy Signal and Luciano). “Burning” merged out of the desire to motivate herself after graduating from Ardenne High School and not being accepted into post-secondary Sixth Form. In June, she topped The Foundation Radio Network’s Top 30 Reggae Chart, which covers New York City and South Florida, for three weeks.

Cocoa Tea, a Jamaican reggae/dancehall singer, composer, and DJ presented her on stage at the 2018 Rebel Salute and Rototom Sunsplash festivals in Jamaica and Spain, respectively. Protoje invited her to join him on stage. Chronixx persuaded her to join him on a BBC Radio 1Xtra broadcast and Alexandra Palace. She featured on the BBC Music launch alongside Chronixx.

Koffee is 22 years as of 2022. Born on 16 February 2000 in Spanish Town, Jamaica. Koffee was raised by her hardworking mother Jo Anne Williams in Spanish Town, just outside of Kingston, Jamaica. Her father left for New York when she was an infant. “Mummy struggled so I wouldn’t have to,” Koffee recalls. Koffee’s mother, an occasional actor who works for the Ministry of Health and provides young people with sex education and body positivity presentations, shielded her daughter from much of the violence that ravaged their town.

She graduated from Ardenne High School in Kingston, Jamaica, though she didn’t manage to get to sixth form.

She signed and recorded her EP, Rapture, with a record label, Columbia Records UK, in 2018. Her album Rapture won the 62nd Annual Grammy Awards for Best Reggae Album.