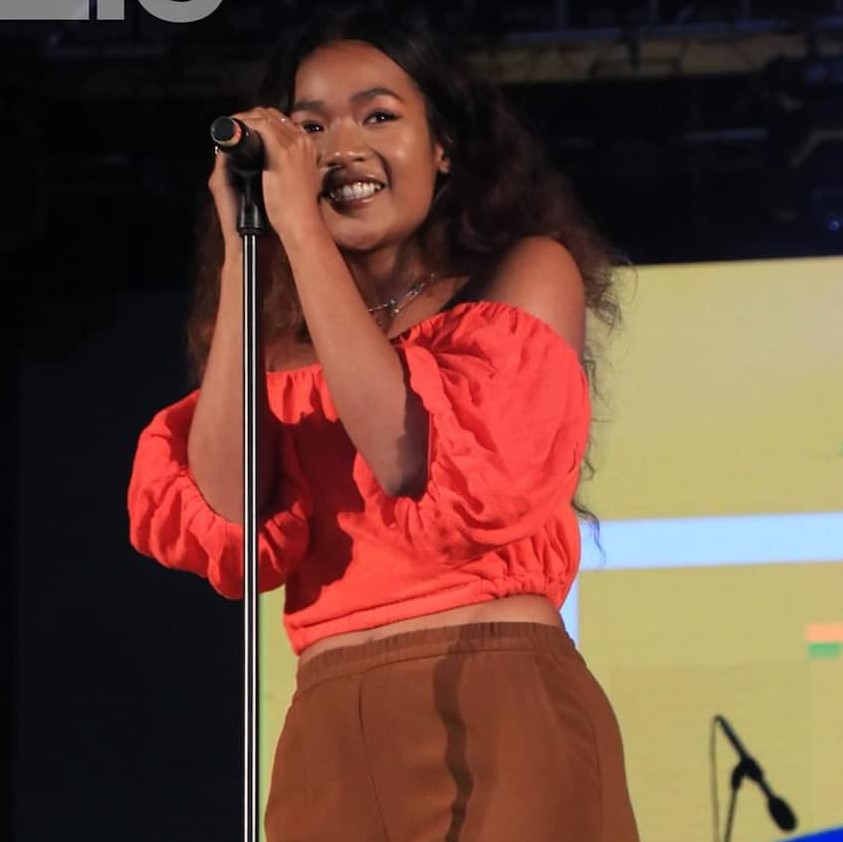 Soukeïna Alpha Kone is an Ivorian singer, songwriter, actress, and sound engineer. She is the daughter of legendary reggae musician Alpha Blondy.

Kone went to Audiovisual Production (Esra) in Paris, Avenue Félix Faure, and graduated as a sound engineer. She also has a degree in English.

She started her singing career by doing cover songs of Beyonce, Lauryn Hill, Alicia Keys, and others, which was just for fun. In 2016, she released her first ep. The three songs were arranged and directed by jazz pianist Benoît Wolber (sound recording and harmonization of the choirs) at studio 247 in Yopougon. Her music genres are Soul, Jazz, RnB, and Mandinka. Since she began doing music, she opened Alpha Blondy concerts on every major stage in the world, including Olympia which was her biggest concert.

She starred in the MTV Shuga series as Rubi. MTV Shuga is a multiplatform edutainment campaign initiative of the MTV Staying Alive Foundation. That has been positively impacting and changing the behaviors of young people. For over a decade by integrating pop culture, trending music, and youthful storytelling. According to a 2017 World Bank study, viewers of the television drama were twice as likely to test for HIV. While the show’s storylines touched on HIV prevention, gender-based violence, safe sex, and other topics. Since it debuted in Kenya in 2009.

Soukeïna is the daughter of an Ivorian reggae icon Alpha Blondy and her Korean mother Ran young Soukeïna the director of fine arts and architecture. She is sibling to Aminata Koné, and Ismaël Koné.

She has songs and Album.

Soukeïna is married to Moulaye Taboure, an entrepreneur and co-founder of Afrikrea. The two were married on the 6th, Jan 2022, in a discreet ceremony in the absence of her siblings and father, Alpha Blondy.