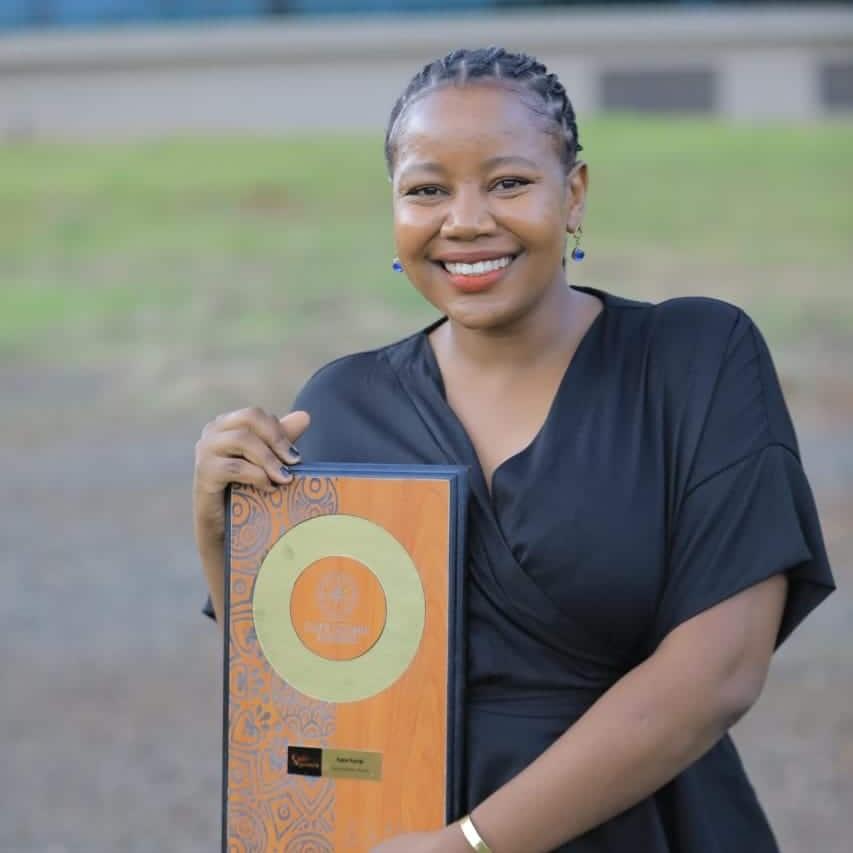 Lynn Ngugi is a Kenyan Content creator, Talk show Host, and producer. In 2021, she was selected to the BBC’s list of the 100 most influential women. She hosts celebrities, street children, pastors to the very need, on her YouTube channel.

Ngugi is a graduate of the East Africa School of Mass Studies, where she pursued an associate program in Broadcast Journalism. From 2011 to 2014, she worked as a producer at Kiwo Films. Lynn joined TUKO Media in 2017 as a video producer. She was able to broaden and refine her skill set by working with various media forms. She worked in content development before being promoted to the position of producer at the journalism firm. Her career at TUKO has been on an upward trend for the past four years.

Lynn was born in the 80s’, she is in her 30s’. Her birth date is unknown. Lynn grew up in Huruma, Nairobi Kenya.

Ngugi was born to a single mother, Margret Ngina. Her mother was a shoe hawker in Gikomba, and her wealthy father Mr. Ngugi. Her parents divorced when she was young. She has 3 siblings.

Lynn has a lovely daughter, but she hasn’t revealed where the baby’s father is.

She worked with Tuko for 4years as producer, content developer, host of Tuko talks and video producer. In 2021, she announced her departure from the digital news platform Tuko.

Lynn’s net worth is estimated to be $11,300 based on her YouTube channel, which has over 299K subscribers.