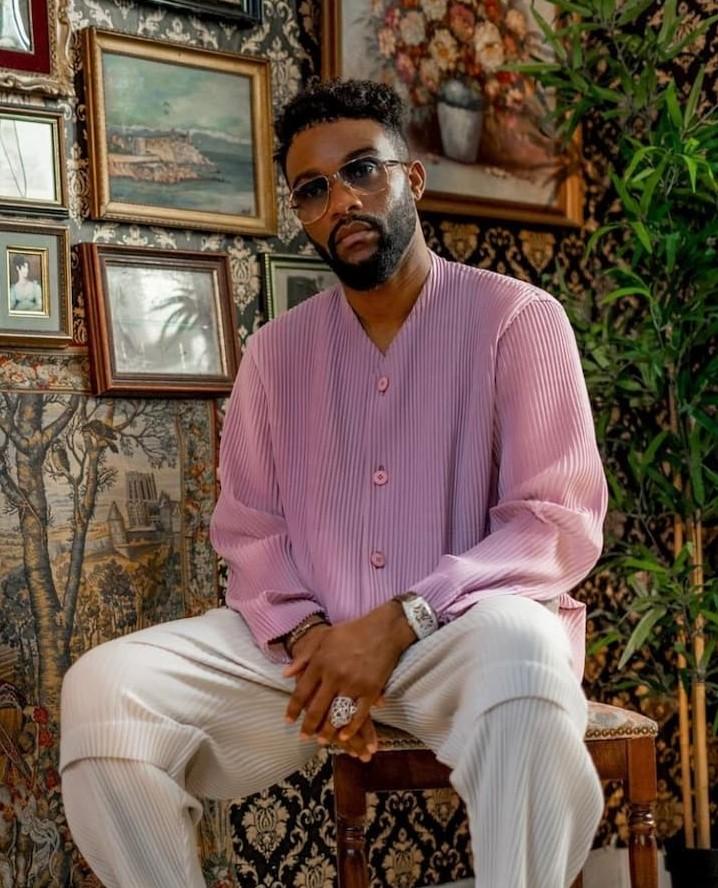 Fally Ipupa N’simba is a Congolese Grammy award winner, singer-songwriter, dancer, philanthropist, musician, and producer better known by his stage name Fally Ipupa. He was a former member of Quartier Latin International. A music band founded in 1986 by Koffi Olomidé, from 1999 to 2006.

He started singing in the local church. In childhood, he began his musical journey in several small groups in Kinshasa, and in the mid-1990s, his voice drew attention, and he finally joined local bands such as “New City” or “New Covenant.” In the late 1990s, he joined the nationally acclaimed “Latent Talent,” with whom he made his first album.

He joined Koffi Olomide’s Quartier Latin International in the late 1990s. Ipupa rose to the position of an orchestra conductor. Ipupa’s composition “Eternelement” is on the Force de frappe album. Also recognized for his duets with Koffi Olomide in Effrakata, particularly the track “Effervescent,” released in 2001. As with many other Congolese stars, the public liked to have nicknames for musicians, and soon he was called “Di Caprio”, “Anelka” and “The Great One”. With his orchestral success. Fally promoted his solo compositions, including his CDs, Droit Chemin, Arsenal des Belles Mélodies, Power, Tokos, and Control.

Ipupa left the band in 2006 and launched his solo career. Releasing a debut album produced by David Monsoh Obouo of Music. He collaborated with Maddy Munan, Krys, Mokobé of 113, and Ben J of Neg ‘Marrons on songs like Liputa, Orgasy, and Sopeka, which became popular in the Democratic Republic of the Congo and other regions of Africa. He received a gold record for distributing over 100,000 copies.

Fally Ipupa Nsimba was born in Kinshasa, the Democratic Republic of the Congo, on December 14, 1977 (age 45). He was born to Monique Bolotuli Mbo and Faustin Ebombo Ipupa. His siblings are Tyna Ipupa, Bony Ipupa, and Niclette Ipupa.

His first album, Droit Chemin, was certified gold after selling over 100,000 copies and was produced by David Monsoh Obouo of Music.

In April 2013, he released his third studio album, Power “Kosa Leka,” which featured 22 songs. In April 2013, Ipupa secured a contract with Universal for three albums (World Version) (Label AZ). This represented the label’s continuous expansion into African music. For instance, an American rapper Eve featured in the single “Sex’plosif” during the show Guest Star Trace TV in February 2013.

Tokooos, Ipupa’s fourth album, and the first urban album released in July 2017. A year later, in November 2018, he returned to traditional Congolese rumba and Ndombolo genres with his fifth album, Control.

Fally In December 2020, he released his sixth album, titled Tokoos II, with 16 songs and the second urban album in the digital edition and 22 songs in the physical edition, featuring collaborations with Dadju, Naza (a rapper), Ninho, and M. Pokora.

Tokooos 2 Gold, a reissue of Fally Ipupa’s Tokooos album released a year earlier, was released on February 25, 2022, with 15 more titles added to the list of 26 tracks released in the Tokooos 2 album.

Ipupa’s seventh studio album, Formule 7, was released on Friday, December 16. This rumba-only album follows his urban record Tokooos II. With his album Formule 7, the musician received over 3 million Spotify streams in 24 hours and was at the top of iTunes France sales.